In an alternate life, Ambulette’s Maura Davis might have been a barroom jazz singer – her soulful, permeating voice swirling along with curls of cigarette smoke to hypnotize a late-night crowd of the sleepless and broken-hearted. She once took it upon herself to enroll in a jazz vocal class but it didn’t “stick.” Nevertheless, the former front woman for the critically praised Denali has found a new vehicle for her pensive leanings, and one that’s not afraid of a little distortion. Davis’ new quartet Ambulette (guitarist Matt Clark, bassist Stephen Howard, and drummer Ryan Rapsys, who were formerly members of such bands as Pinebender, Euphone, and Joan Of Arc) is a fuller, embrace of emotion, wrapping lush dramatic music around the endless contours of the heart.

Formed during the summer of 2004, Ambulette (previously known as Bella Lea) came to life when Davis and two of her future bandmates began exchanging tapes between her hometown of Richmond, Virginia and Chicago, where Howard and Rapsys were based. Denali had just split a few months earlier and Davis briefly considered taking a break and perhaps even going back to school. In the end, however, new songs flooded forth. Before long, she’d recorded a handful of new songs on her computer and mailed them to Howard and Rapsys, who’d joined Denali’s lineup during their last tour, and whom Davis considers complete godsends. “I definitely have lucked out with crazy awesome musicians,” she says. Clark, who’d played in Pinebender with Howard, entered later that year, rounding out the group with his volatile, graceful style. 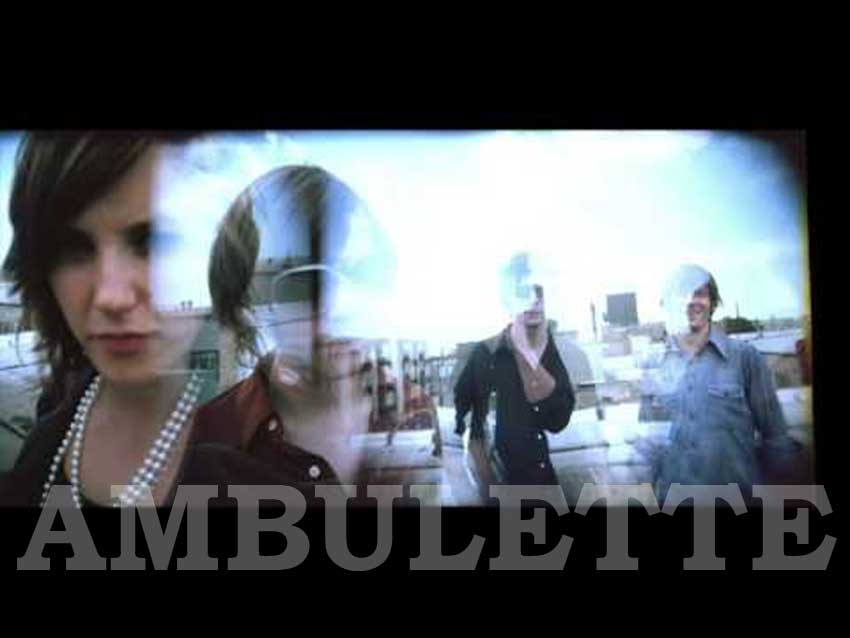 The Lottery EP Recorded In 2005

What grew out of Ambulette’s earliest sessions eventually became The Lottery, an EP recorded during the spring of 2005, to be released March 21st on Astralwerks. A striking debut, the five-song collection brims with moody, impassioned and intimate overtures, topped off with Davis’ expansive range.

On “Fall,” she soars above a rush of music, singing, “It’s easy to run away or else I’ll fall into you,” pulling off a virtual duet with Clark’s molten guitar. Meanwhile, “Seconds Until Midnight” finds Davis as an aggressive siren, but no less intoxicating. The title of the EP comes from a Shirley Jackson-penned short story that Davis read in middle school about “fate and how you’re randomly picked, or how some things are meant to be,” and it’s these sentiments that run through its songs.

Maura Davis Sings If You Go Away

The Lottery also includes a mesmerizing rendition of “If You Go Away,” which was originally written in French by Belgian singer-songwriter Jacques Brel, later translated to English by Rod McKuen, and performed by several singers, including Frank Sinatra, Scott Walker, and Emliana Torrini. Compelled by its beauty, as it has those before her, Davis brings the song a deep sense of longing all her own.

Davis was trained classically and became a voice major at the University of North Carolina with the intention of becoming a professional opera singer. However, there were other ideas burning in her mind. “I think in the back of my head I was always thinking, ‘I really, really want to be in a rock band, but opera singing might actually end up helping to pay the bills,’” she says. “But I don’t think I really fit into the opera thing. I started smoking freshman year of college just because it all started to feel silly. I just really wanted to rock out I guess.”

The experience taught her a tremendous amount about the dynamics of singing, prompting critics to compare her to powerful vocalists from PJ Harvey to Beth Gibbons. One of her own musical heroes is Ella Fitzgerald, whose sultry, woozy style was something she’d emulate over and over again. “I’ve sang with Ella Fitzgerald’s records countless times, and I think that why she has a huge influence over the way I sing.”

When writing songs, Davis alternates between piano and guitar to keep the music diverse. Though she’s technically more proficient at the piano, guitar is much more conducive to her taste for experimentation. Bringing new, raw ideas to Howard, Rapsys, and Clark, who in turn, launch them in any number of sonic directions is Davis’ favorite part of the songwriting. Where Denali was often pegged as a darker-sounding band, Ambulette gravitate more towards a grand mix of emotional highs and lows, and with Davis’ voice more expressive than ever before.

Ambulette’s Songs Are Simple And True

Ambulette’s songs are simple and true. They’re often about love in the most literal (and literate) sense, and the stories Davis relates in her music are all personal ones. Presently, they’re mostly about falling in love, and in the end those are the ones that stick with her most. Davis admits to loving the sentimental film Somewhere In Time, where Christopher Reeve travels back in time to find his one, true love. It’s a story that speaks to Davis, as a total romantic at heart.

The foursome is currently working on a full-length album to follow The Lottery EP, and will begin recording this summer. In the meantime, Davis splits her time between Richmond and Charlotte, North Carolina, while making treks out to Chicago occasionally to rehearse with the rest of the band. With everything else that’s happened to her and her new bandmates over the past two years, Ambulette seems now to be a crossroads for the group, the culmination of a serious dose of fate and an abiding expression of musical passion.

Pop songs today seem to be about things that have never happened to the person actually singing them,” says Davis. “I miss being able to relate to the person singing the song. I hope our songs come through as being totally sincere, those are the only ones that really matter.” 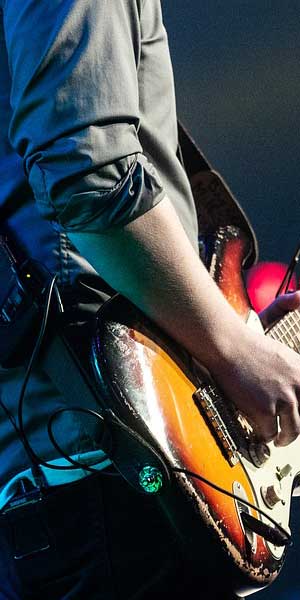